Posted at 10:43h in Parenting by eat2behealthy 0 Comments
0 Likes 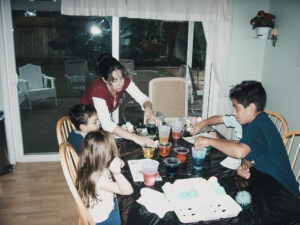 Let’s talk about parenting and criticism. Providing constructive feedback to kids can be tricky. Let’s face it, most of our parents didn’t really know how to speak to us in positive and supportive ways. They didn’t know any better. We want to do better with our children, but we also don’t really have the tools either.

I can’t tell you how many clients I see where parental criticism plays a huge role in the thought process they have about themselves and the way they communicate in their relationship and with their own families.  I get it, I have my own story. Most of us do. The good news is that we can heal and even more importantly we can change the way we communicate. Even the slightest shift can have a ripple effect for generations to come.

So what is the difference between feedback and criticism? It can be a fine line that’s for sure. Let’s look at some differences.

1. Constructive feedback has logic and structure. It’s based on facts! It’s based on observations! Criticism is an attack on the person and usually comes impulsively. It shames the other person. Shaming can look like labeling someone when they don’t do what we want, i.e. “You are so rude.”

2. Constructive feedback builds someone up. Criticism breaks the person down. Guilt is one way we break people down. We trick others into thinking that they are responsible for our feelings, i.e. “Now you’re really making me angry.”

3. Constructive feedback attempts to educate. Criticism embarrasses and coerces. When we provide feedback in-front of others, it often can block the child’s ability to truly learn. Also using terminology like “have to,” “can’t,” “should,” “must,” and “ought” blocks learning and fosters coercion. When children do things because they are coerced it creates rebellion and resistance. Forcing a child, for example, to participate in an activity results in resentment towards the activity, perhaps retaliation in the form of arguing and protesting, and rebellion either immediately, overtime, or later in life.

4. Constructive feedback is positive. Criticism is negative. i.e. “don’t do…”.

5. Feedback is compassionate. Criticism is demanding and punishing. Communicating our desires for one to change their behavior through demands is yet another form of language that blocks compassion. A demand explicitly or implicitly threatens listeners with blame or punishment if they fail to comply. “If you don’t…I’ll” or “You should…”.

Talking with our kids in a criticizing way spirals into disconnection and conflict. In the long term, it affects a child’s self-esteem, relationships, and communication, as well as their intrinsic desires for contribution, cooperation, trust, and connection.

I have spoken this way in all different types of relationships and still struggle with it being my default. It takes work and time to unlearn old patterns. But it starts with awareness and willingness.

Share your experiences with criticism in the comments below.